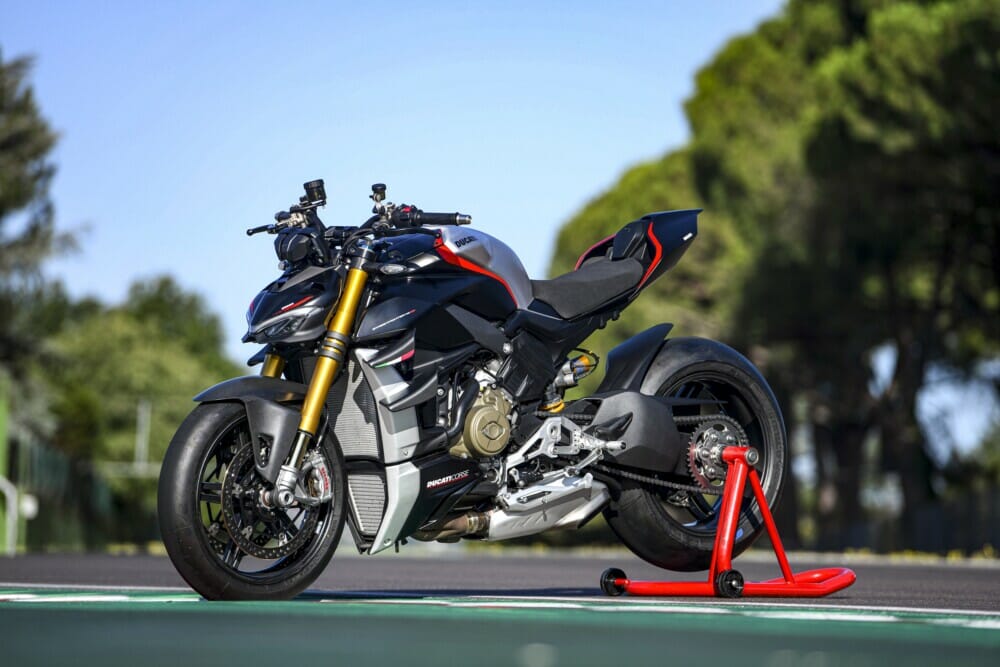 Introducing top-of-the-range Streetfighter V4 SP model, a further precious gem in the Streetfighter universe, offered in a numbered version and marked with the legendary “SP” (which stands for Sport Production). The new Streetfighter V4 SP is the most adrenaline-pumping naked to ever roll its wheels off the production line in Borgo Panigale.

Aesthetically, the SP stands out from the pack thanks to its “Winter Test” livery, which Centro Stile Ducati created by taking inspiration from the bikes used during MotoGP and SBK pre-season testing. A premium equipment derived from the Superleggera V4.

For more info about the Streetfighter V4 SP Click HERE