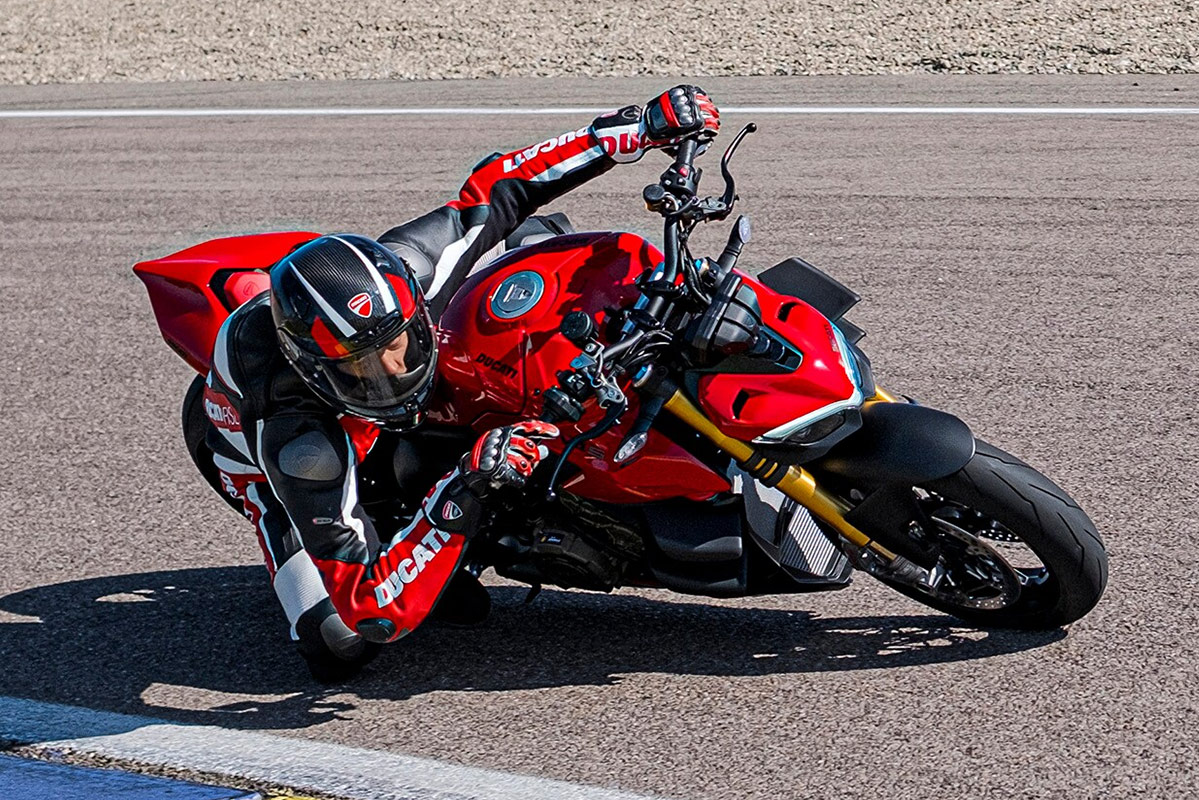 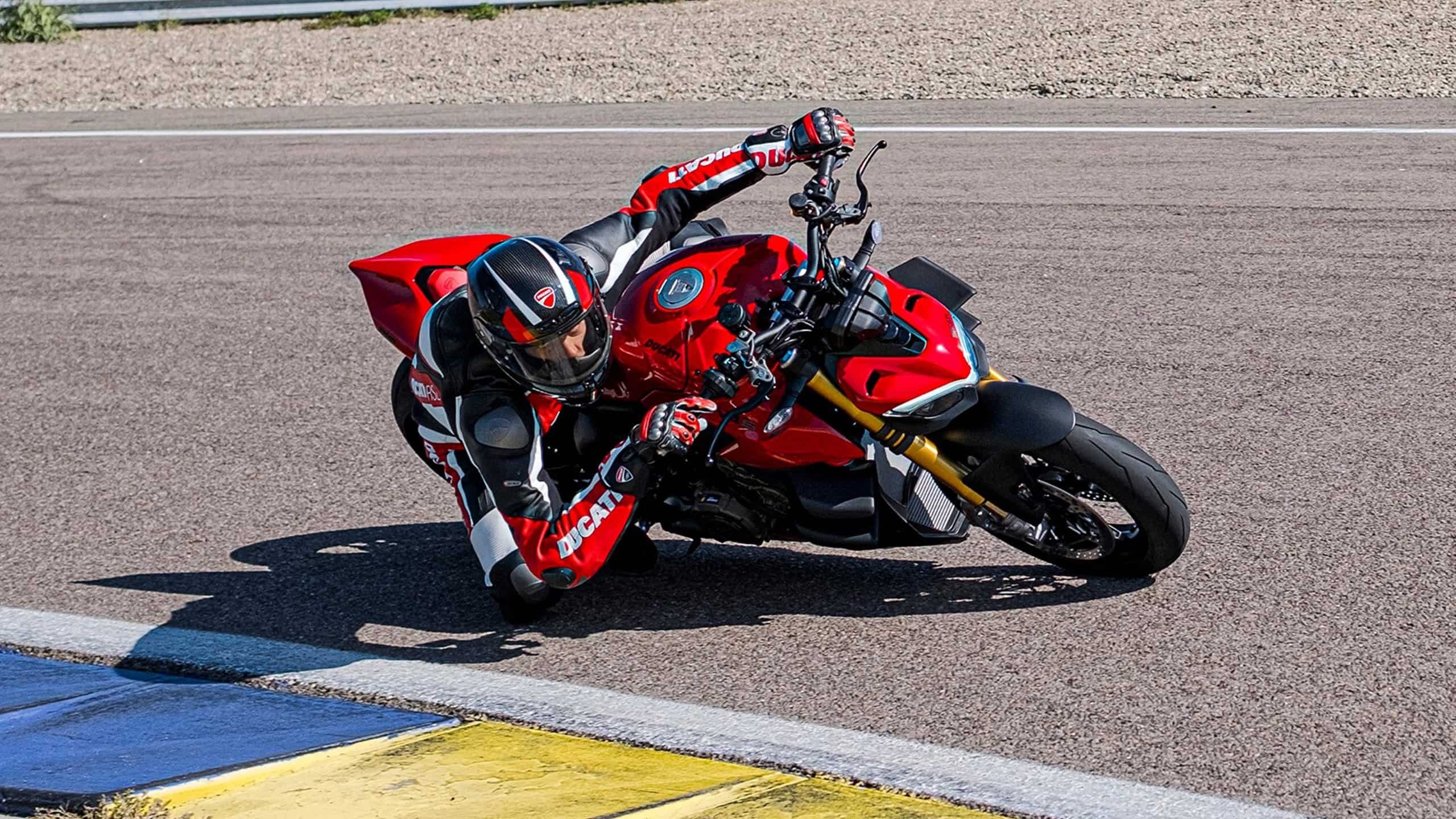 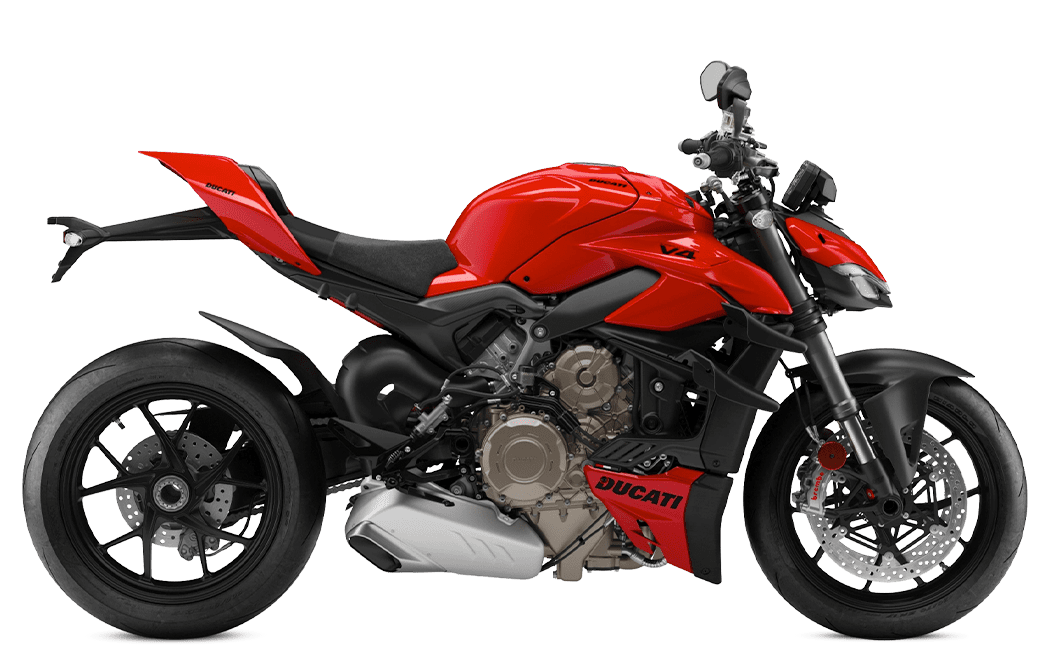 The Streetfighter V4 was an instant success and set new performance benchmarks in the super sports naked segment. Universally appreciated for its aggressive and minimalist aesthetic, characterized by a front inspired by the Joker of the comics, the Streetfighter V4 immediately entered the hearts of enthusiasts.

The natural evolution of the family is a bike that pushes the concepts of the "Fight Formula" even further, the key elements of which are the Panigale V4 stripped of the fairings, high and wide handlebars, 178 kg weight, 208 hp Desmosedici Stradale engine, biplane wings and latest generation electronic package. 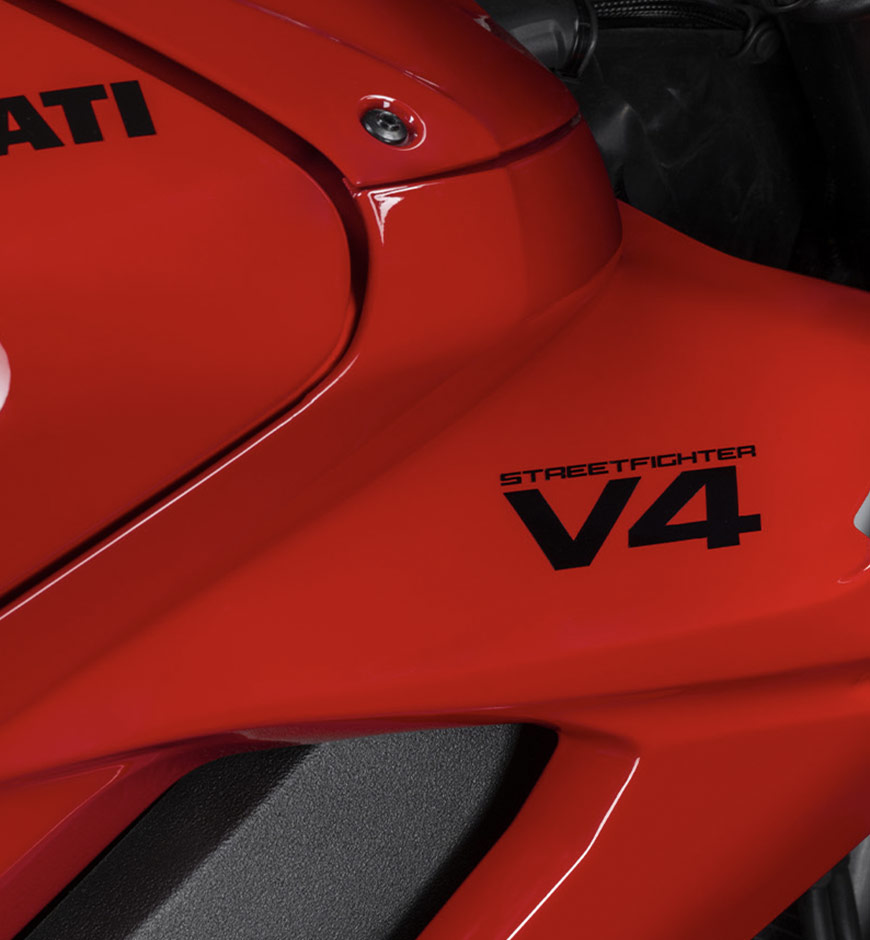 The new Streetfighter V4 is created to amplify the emotions of the rider by making him or her feel protagonist in every ride on the road. An unrivalled naked bike, modern and technological, with a powerful and exciting design, which does nothing to hide its performance, and which has met with great success from the general public and critics. 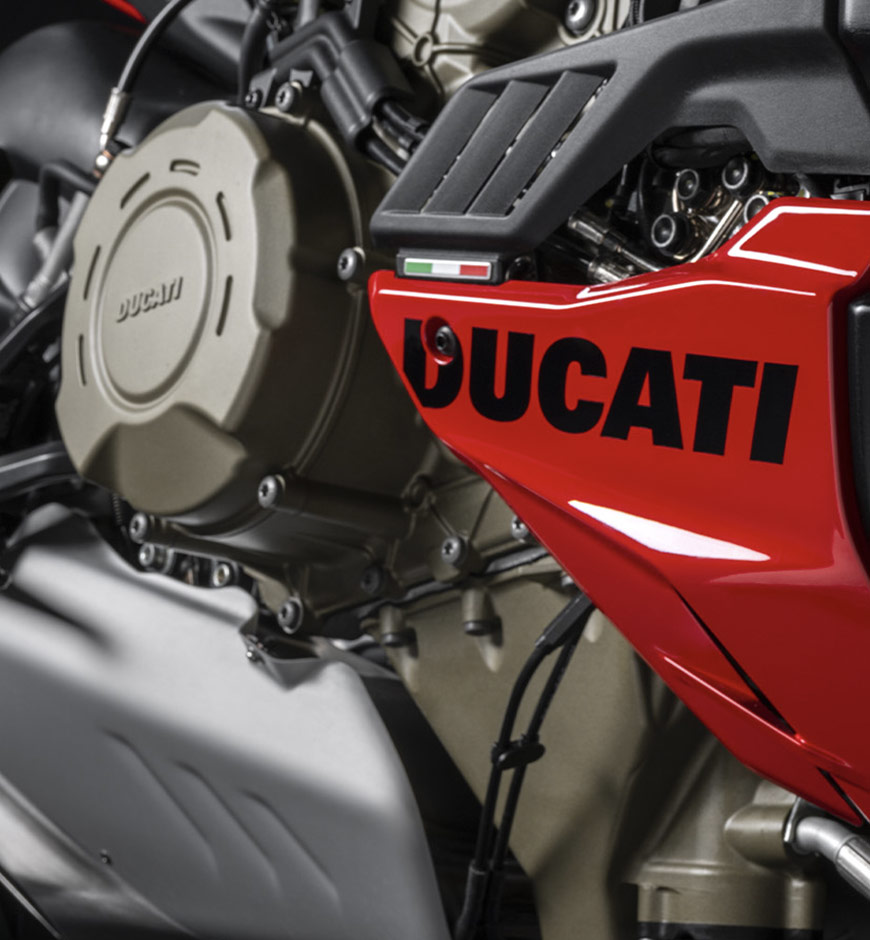 The Streetfighter V4 is equipped with the 1,103 cc Desmosedici Stradale engine. In this Euro 5 configuration the 90° V4 delivers 208 hp (153 kW) at 13,000 rpm. A high level of power for a naked, unrivalled in the segment, and consistent with the crazy and exaggerated image that is typical of the Ducati Streetfighter V4. The maximum torque value of 123 Nm (12.5 kgm) at 9,500 rpm is virtually unchanged compared to the Panigale V4. A dedicated engine control map allows you to safely exploit the performance of the Streetfighter V4 in road use, which with the 2023 model benefits from all the updates introduced on the Panigale V4 starting in 2022. 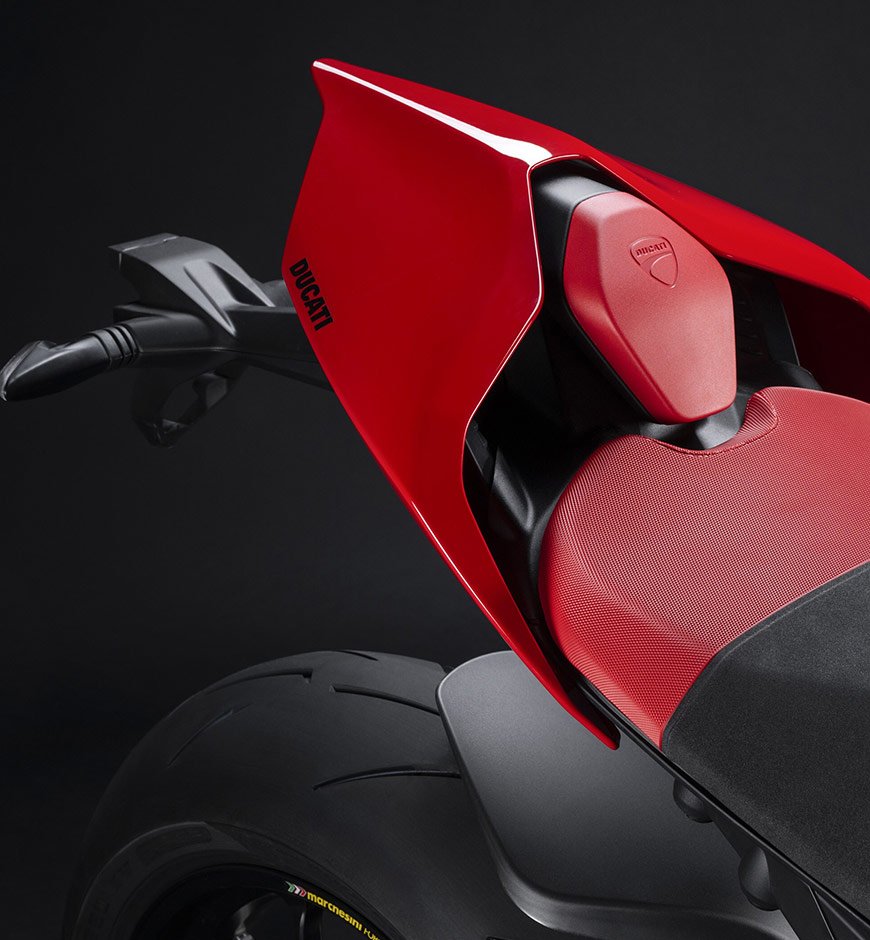 The Streetfighter V4 confirms the chassis scheme involving Front Frame and single-sided swingarm, both made of aluminum, with upside-down fork and mechanically adjustable shock absorber on the V4 version, while the Streetfighter V4 S relies on Öhlins semi-active suspension with SmartEC 2.0 interface. 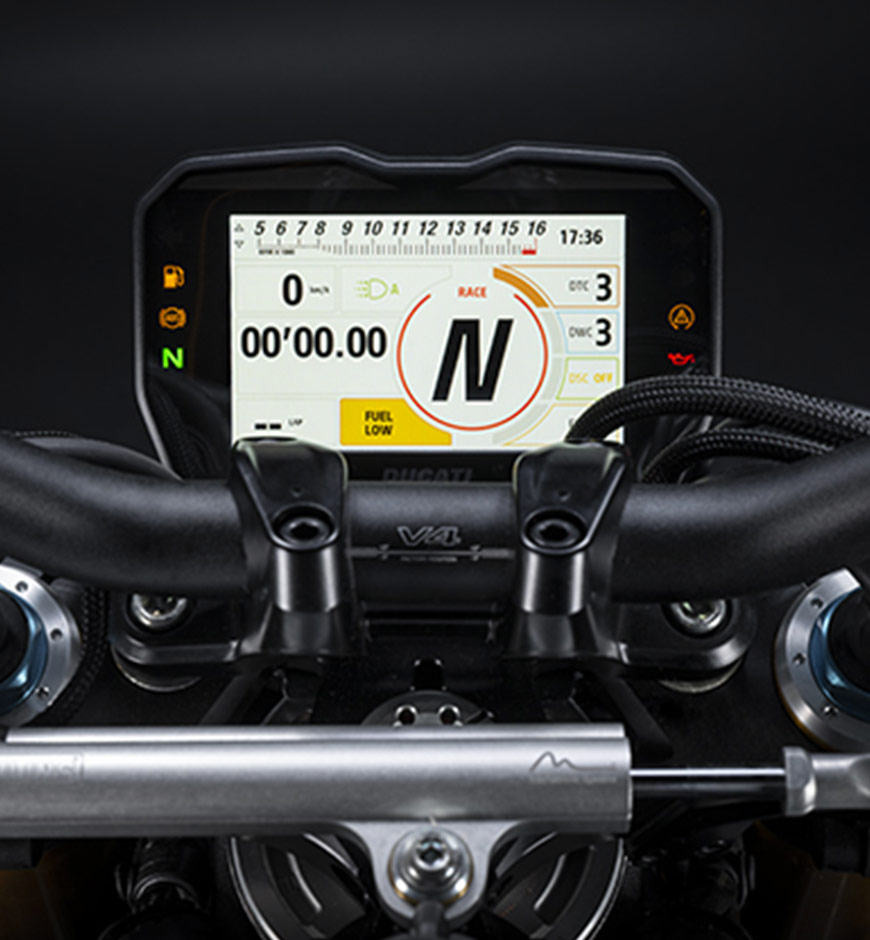 Discover all the Ducati Performance accessories to take the performance of your new Streetfighter V4 to the extreme: exhaust silencers, fenders, fins and frame and crankcase guards in carbon fiber, billet aluminum controls, as well as thermal blankets and stands for those who want to use their Streetfighter V4 on the track. 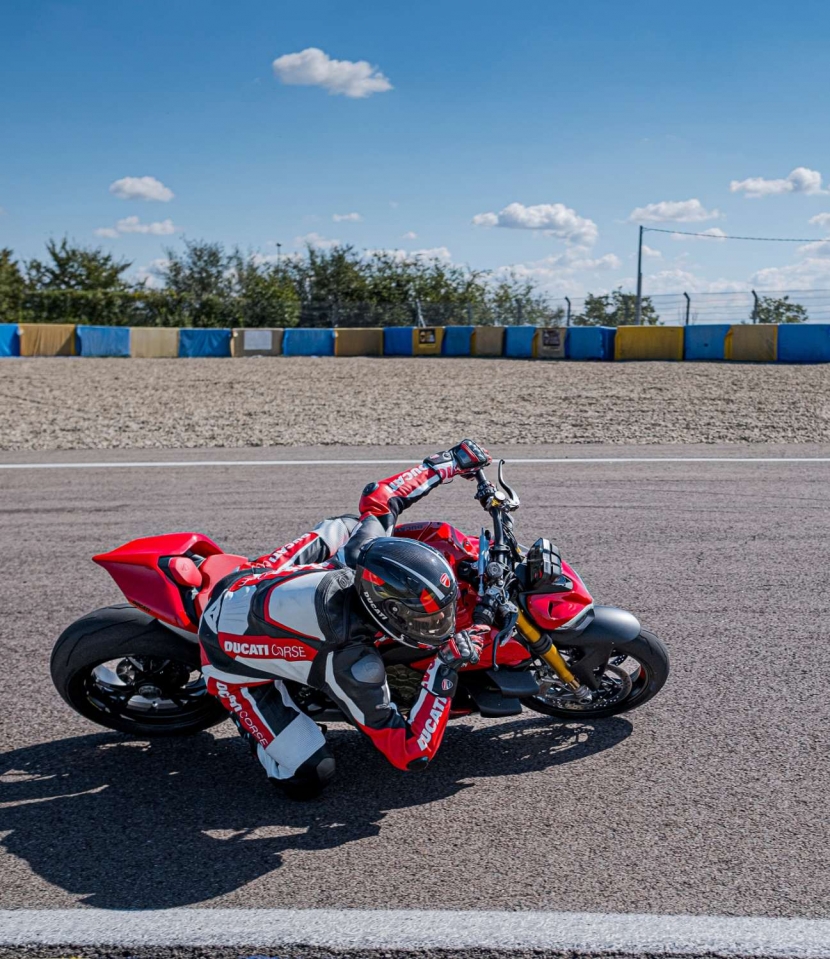 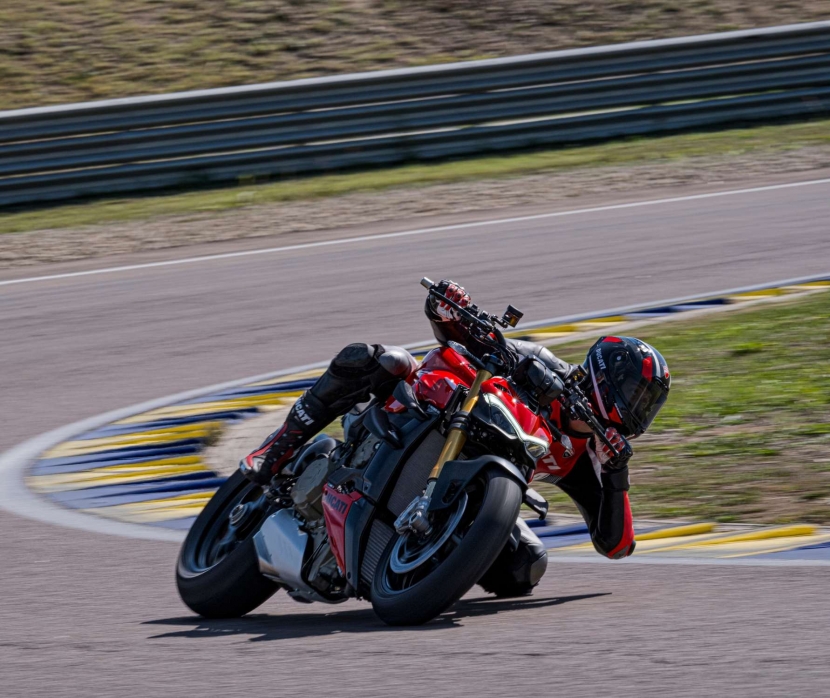 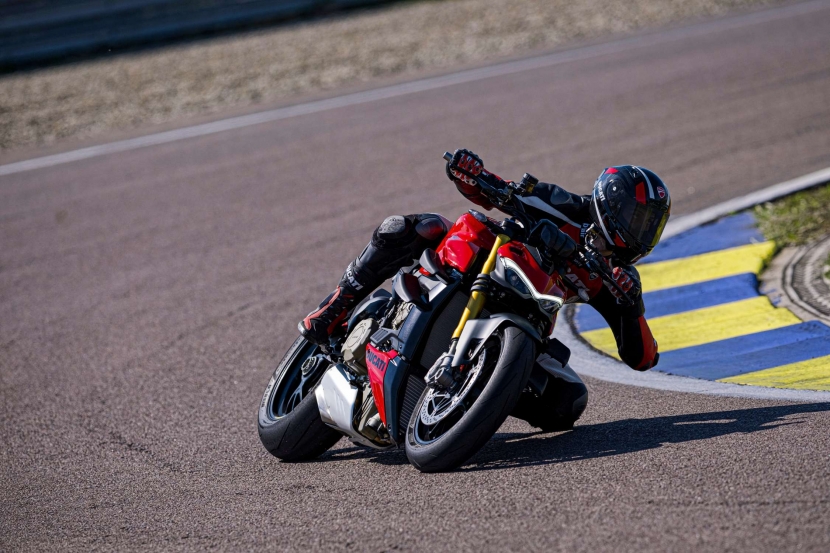 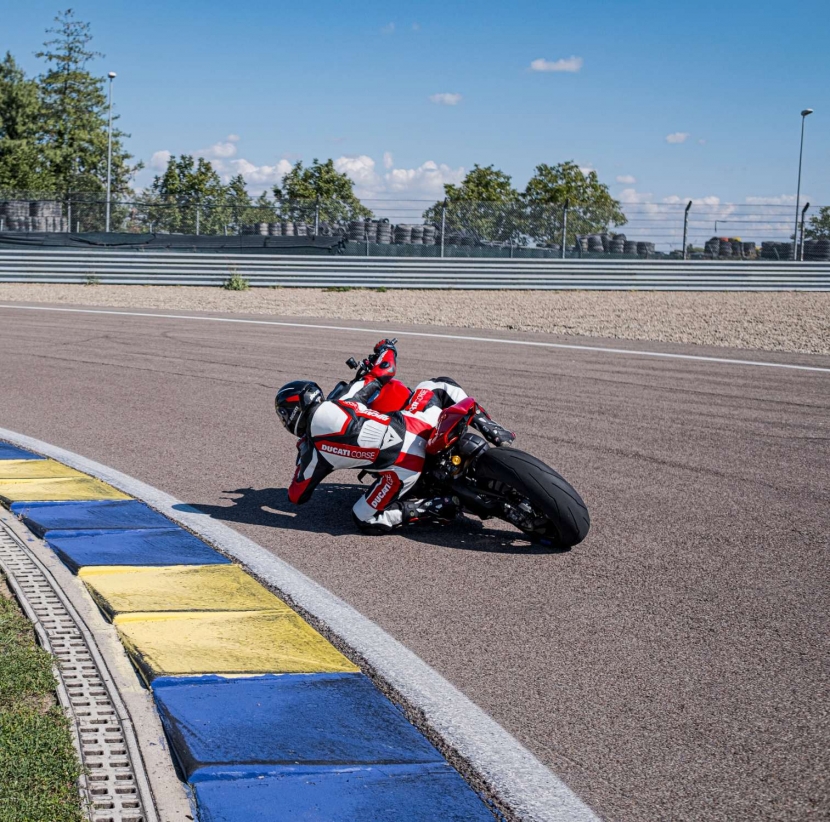 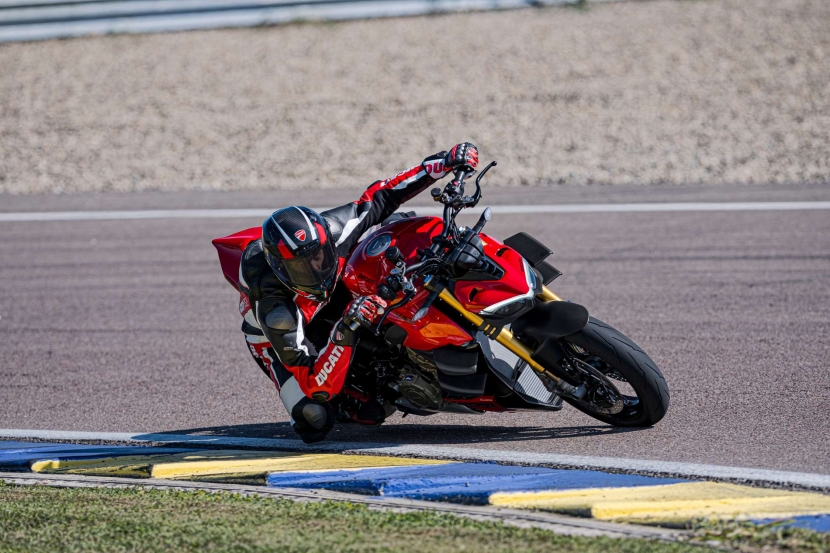 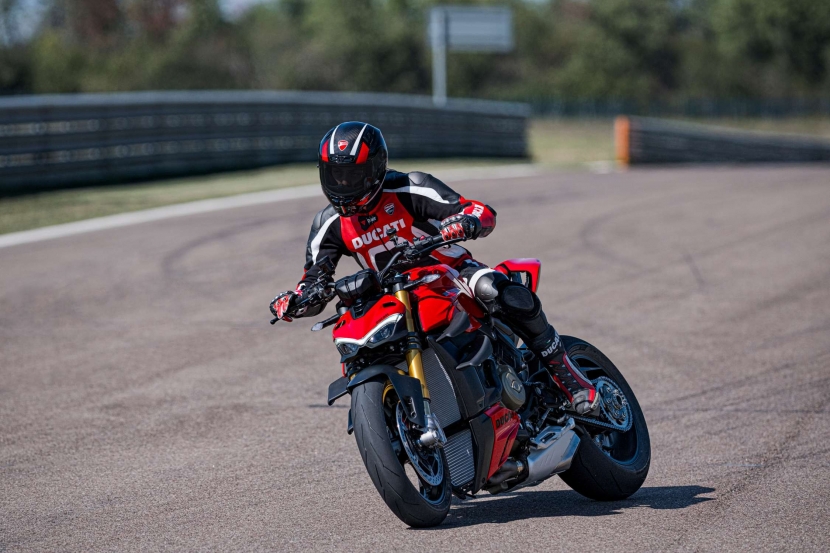 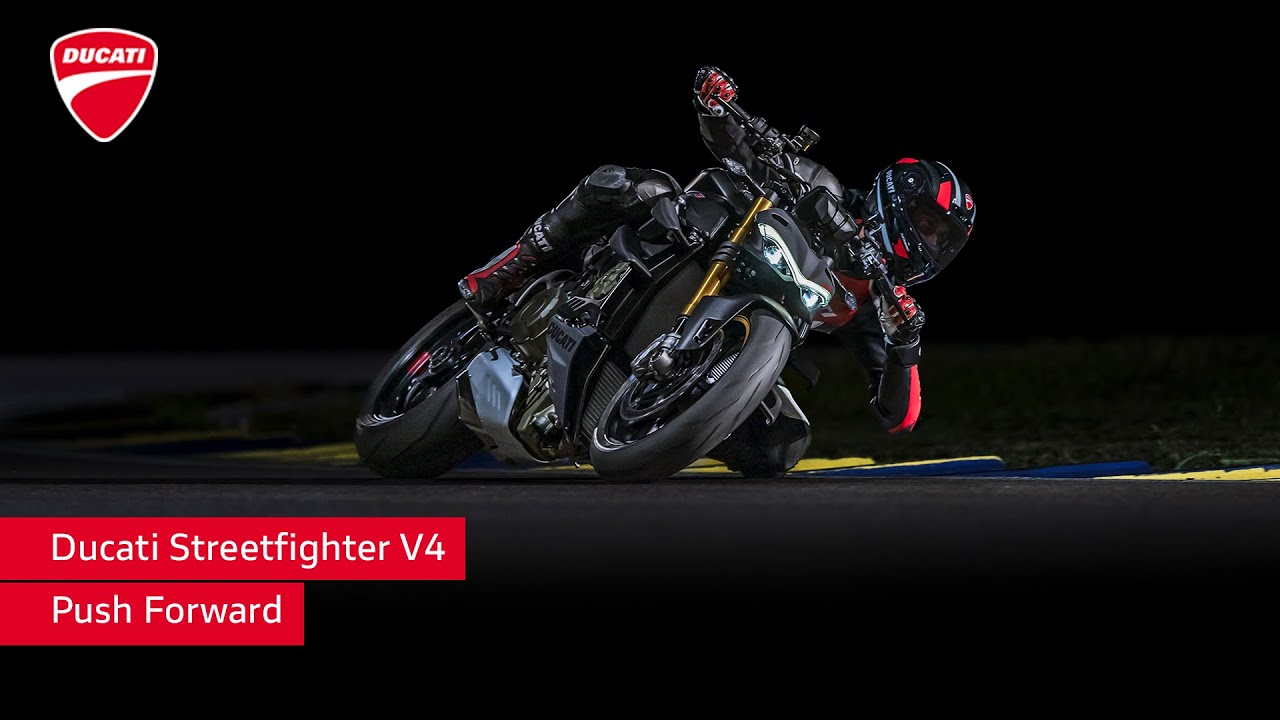 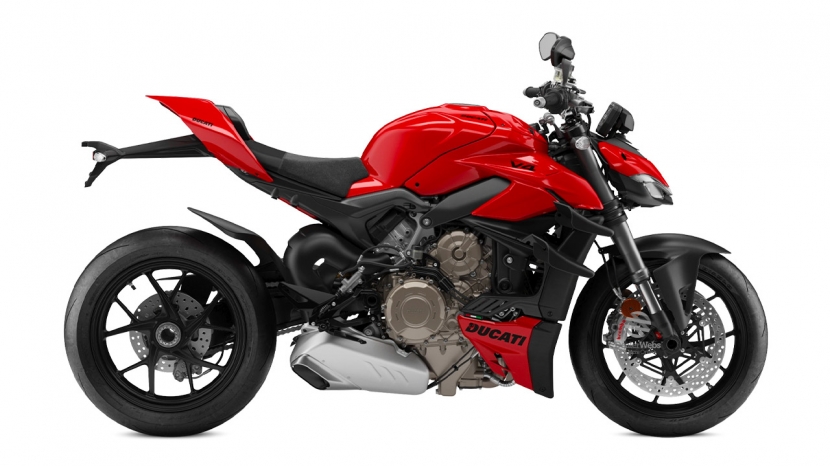 Reserve this Ducati Streetfighter V4 for £99

In order to reserve this Ducati STREETFIGHTER V4, you can place a fully refundable deposit of £99. Simply click on the the button below to proceed via a secure, one time and fully refundable payment of £99.