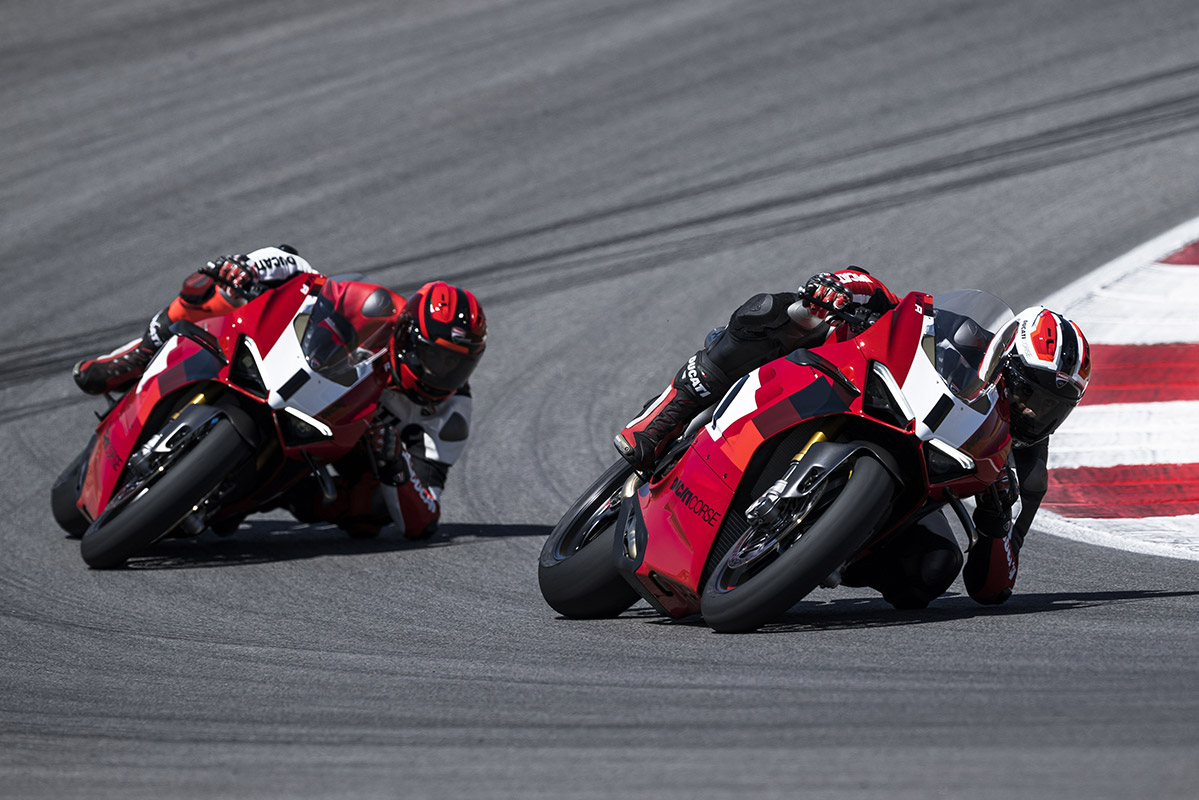 Ducati presents the new Panigale V4 R: the bike that adopts technical solutions previously reserved for MotoGP and WorldSBK Championship. The closest production model to a competition bike ever.

The closest production model to a competition bike ever. 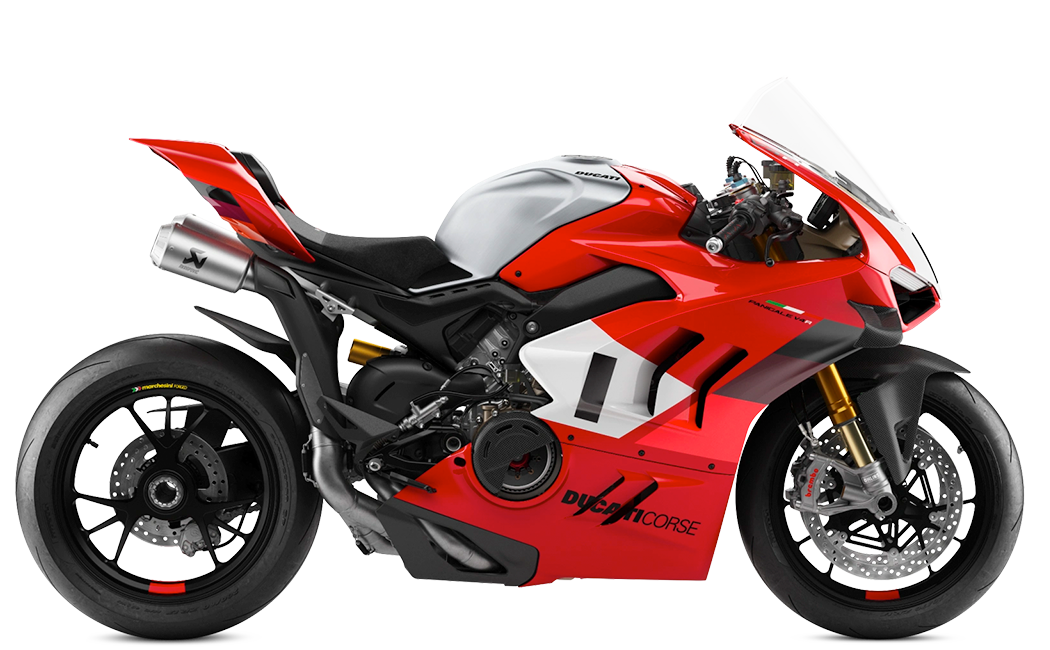 The road version of the Panigale V4 R undergoes significant development, upgrading in all areas to be faster on the track and even more race-oriented. 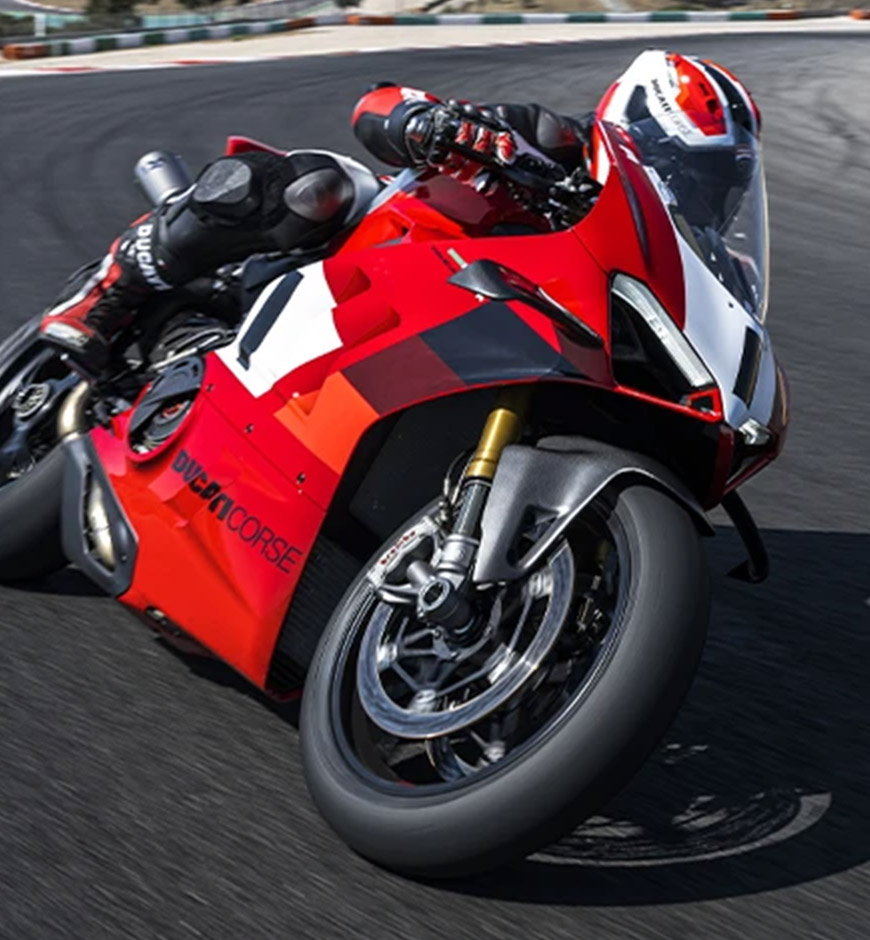 The aerodynamic package has been revised with a view to greater efficiency: the new two-element wings (main + flap) guarantee the same aerodynamic load, but are more compact and thinner (respectively by 40% and 50%). 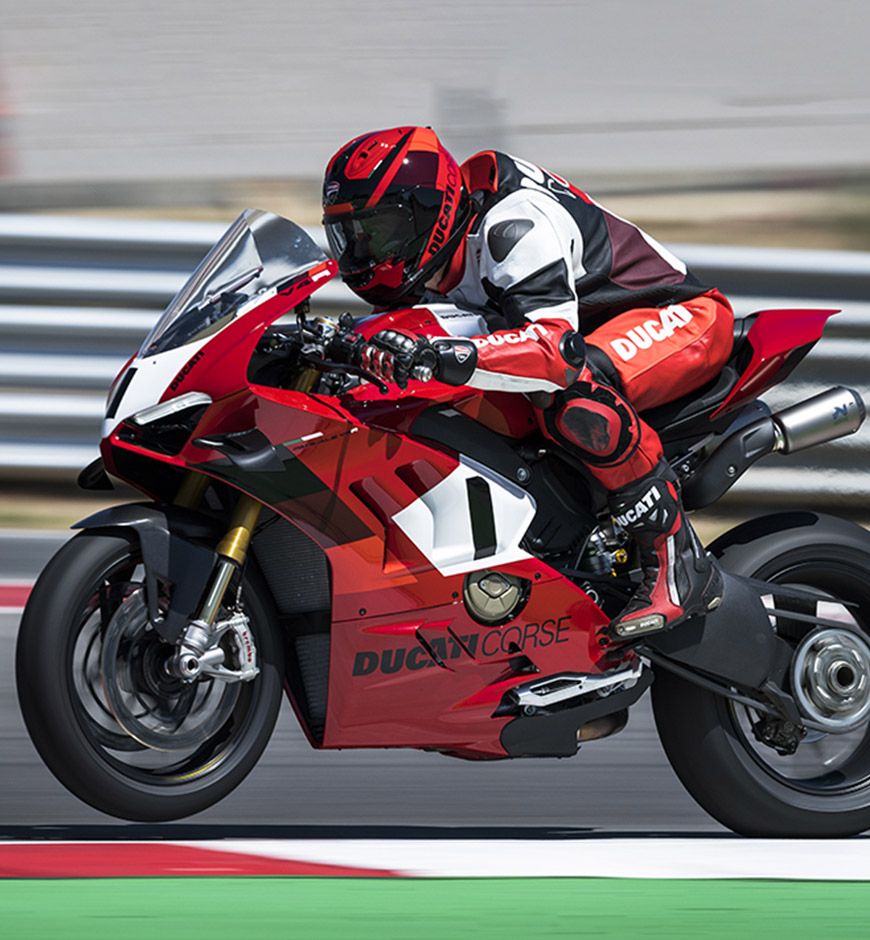 The heart of the Panigale V4 R is the new 998 cc Desmosedici Stradale R, an engine capable of reaching a maximum engine speed of 16,500 rpm in sixth gear (16,000 in the other ratios) and delivering a maximum power of 218 hp at 15,500 rpm (Euro-5 compliant*), absolute benchmark values in the panorama of supersports bikes of the same displacement. *Only in countries where Euro 5 applies 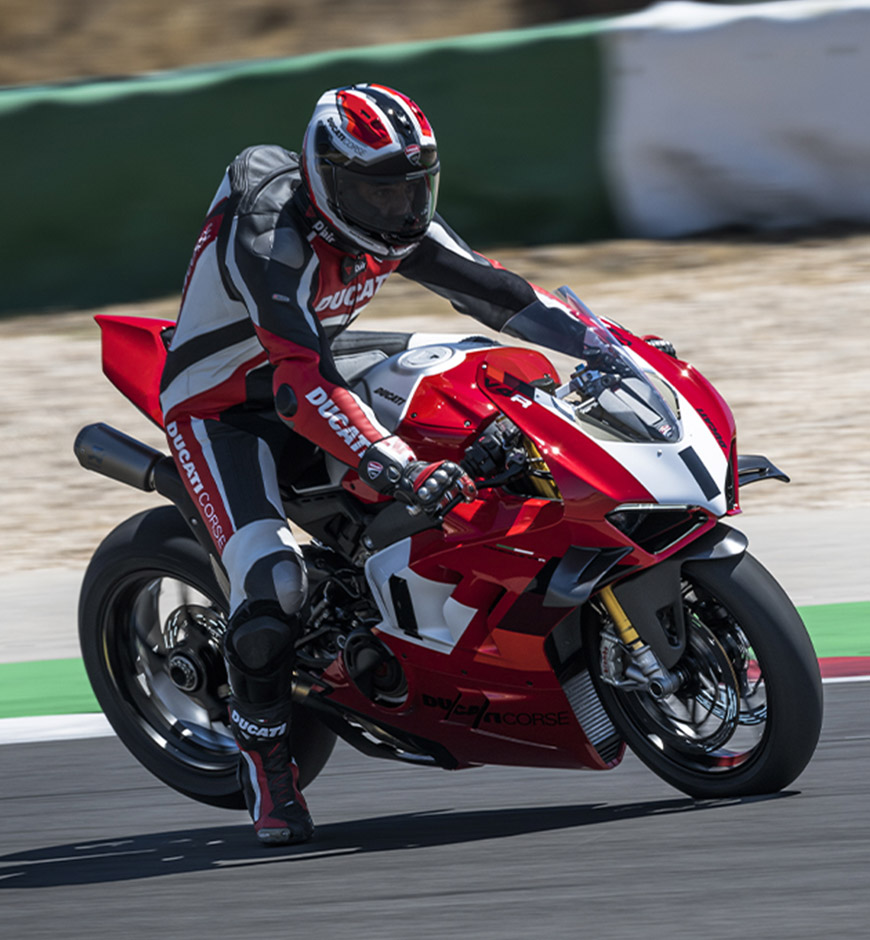 To increase nimbleness, rider feeling and grip, the chassis follows the evolutionary direction traced by the Panigale V4/V4 S with the 2022 model, while maintaining fully mechanical suspension adjustment. At the front, the Öhlins NPX25/30 pressurized fork increases its travel by 5 mm compared to the previous "R". This technical solution, combined with an Öhlins TTX36 shock absorber and a standard adjustment of the swingarm pivot to the +1 position, increases the rear height by 20 mm. In this way, a higher centre of gravity is achieved and therefore greater nimbleness in corner entry and changes of direction. 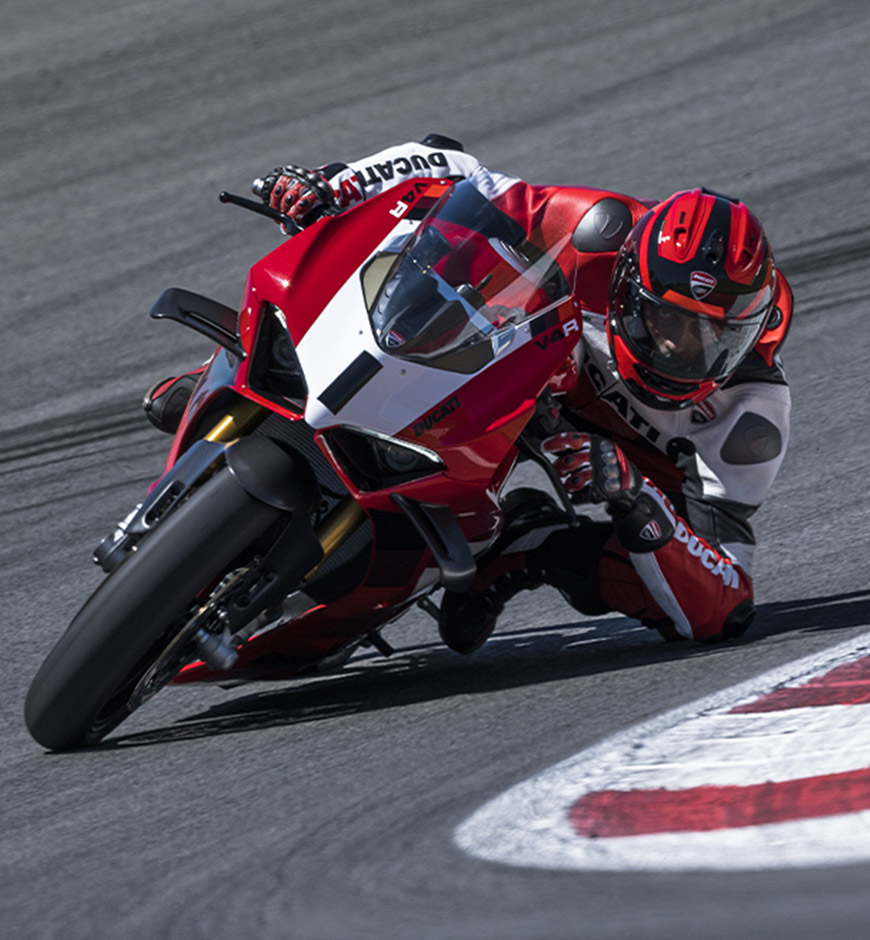 The greater effectiveness of the new Panigale V4 R in circuit use is also obtained thanks to the adoption of all the electronic evolutions already introduced on the Panigale V4 '22 and '23, with the expansion and evolution of the Power Modes, new “Track Evo” display on the dashboard, engine maps with calibration dedicated to each single gear, refinements to the Ducati Traction Control and the Ride By Wire system, but also the adoption of the Engine Brake Control EVO 2 strategy, the new strategy for the DQS and the cooling fan control update. 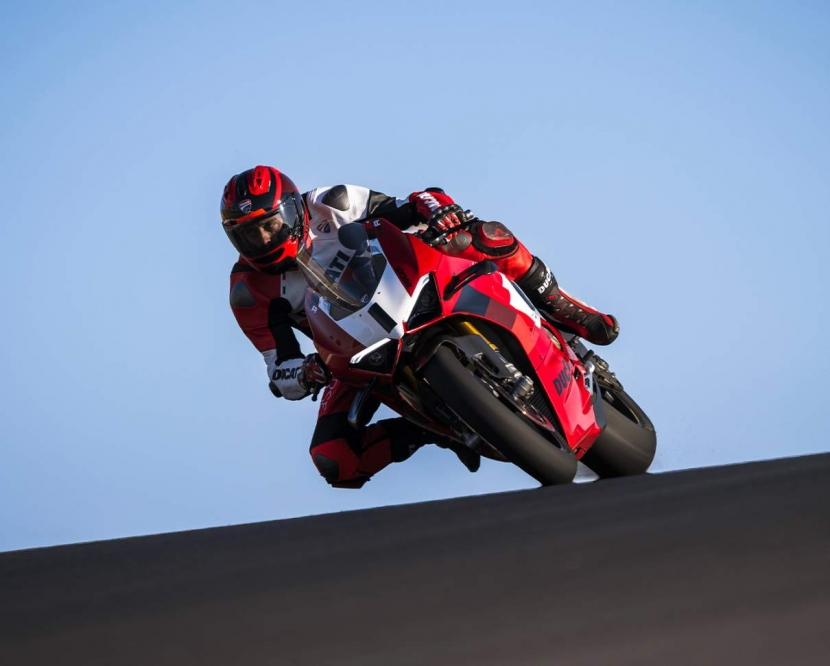 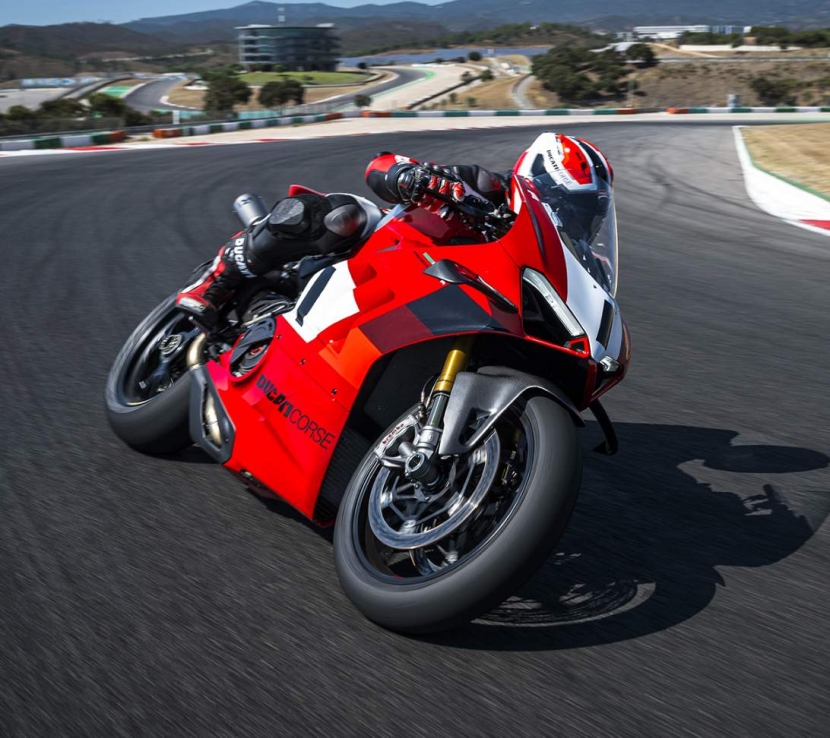 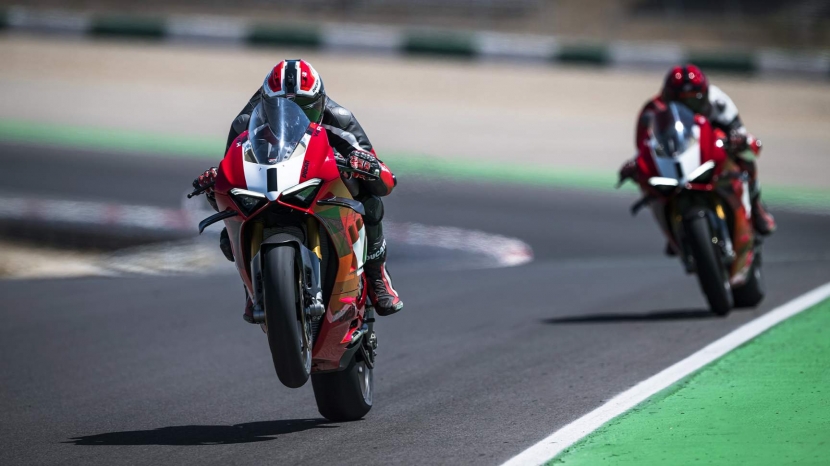 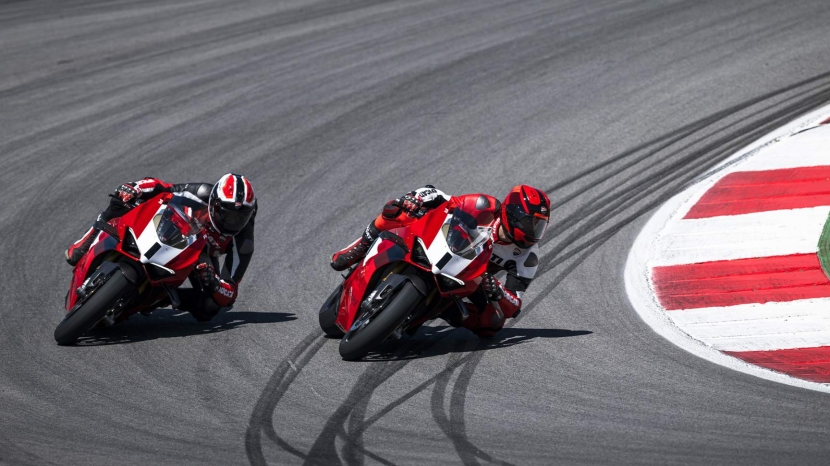 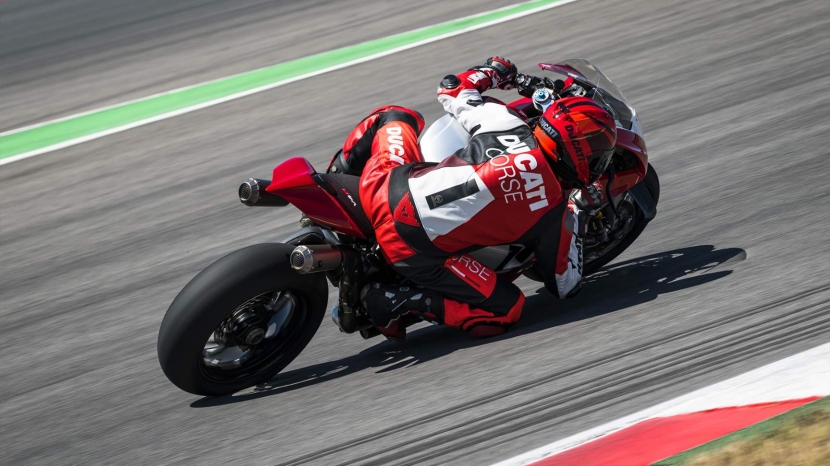 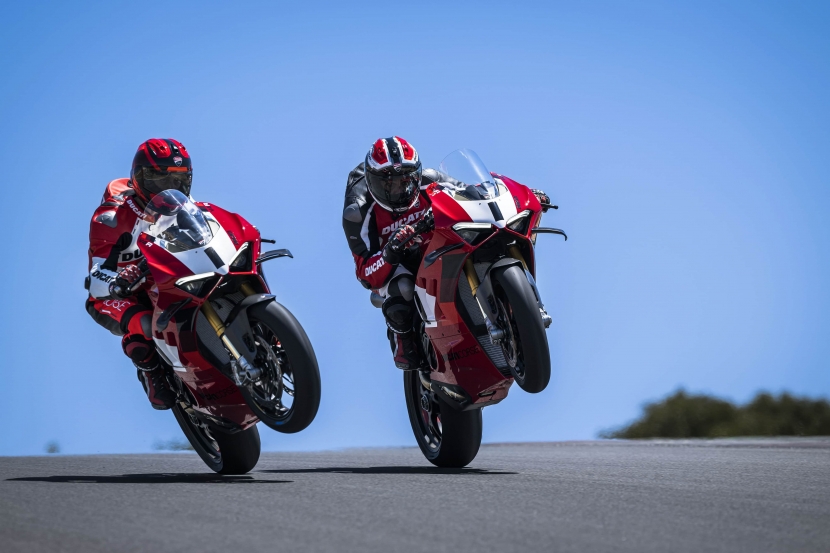 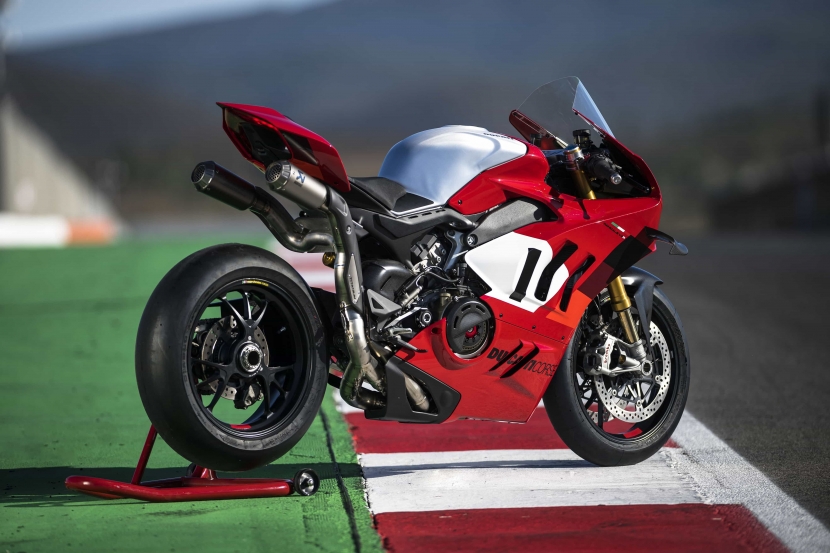 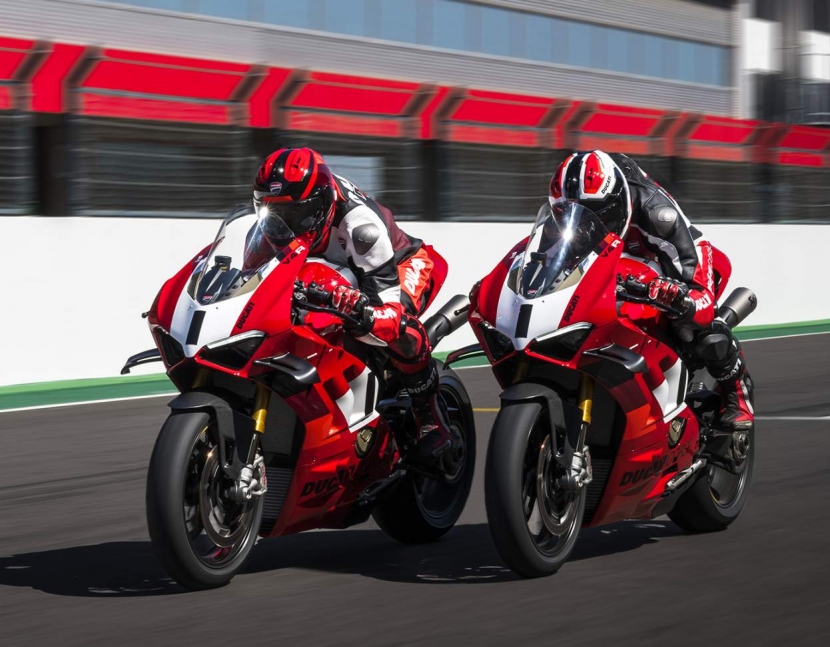 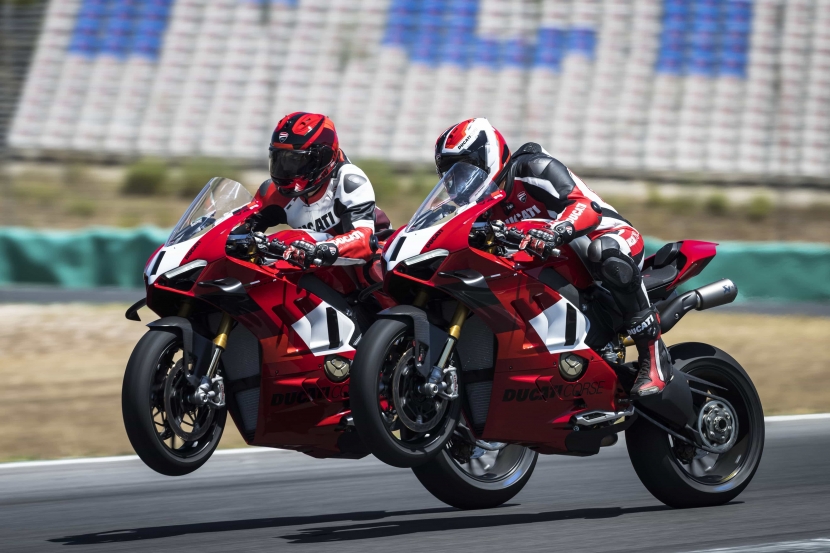 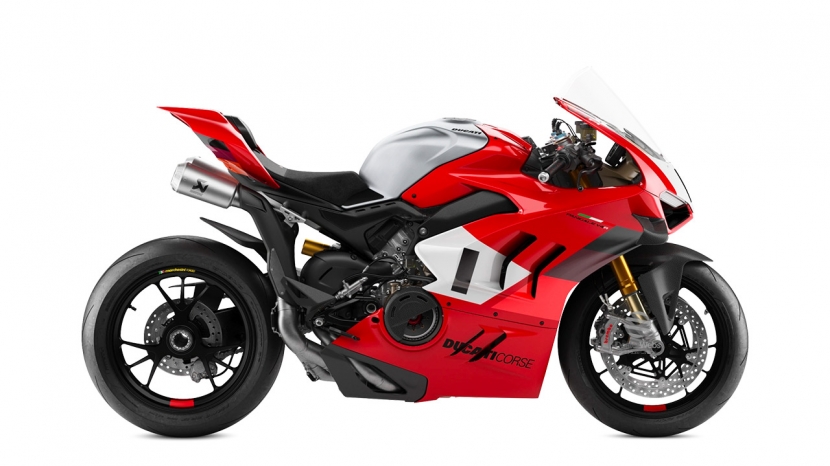 In order to reserve this Ducati Panigale V4 R Racing, you can place a fully refundable deposit of £99. Simply click on the the button below to proceed via a secure, one time and fully refundable payment of £99.