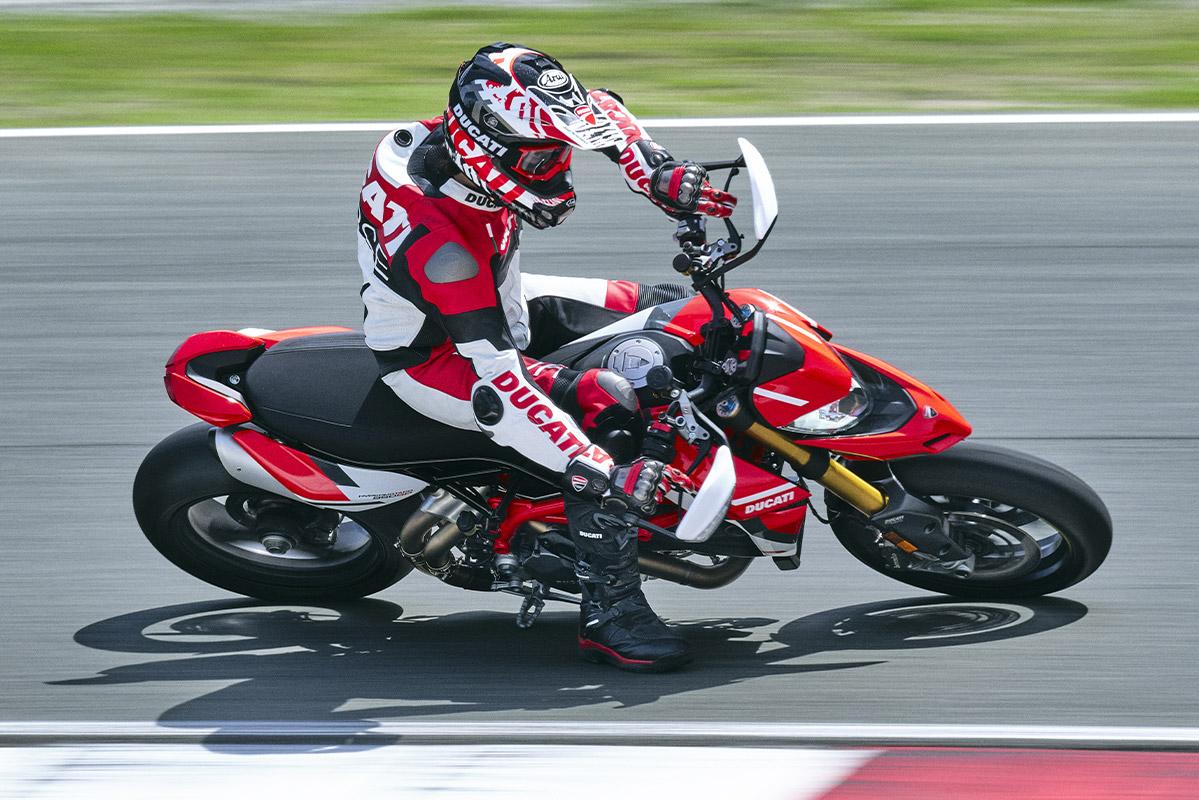 Challenge accepted. For the 2022 range, available from June 2021, Ducati has updated the Hypermotard 950 family to Euro 5 regulation standards* and introduces the new livery for the SP version. The update guarantees the same values in terms of torque and output. 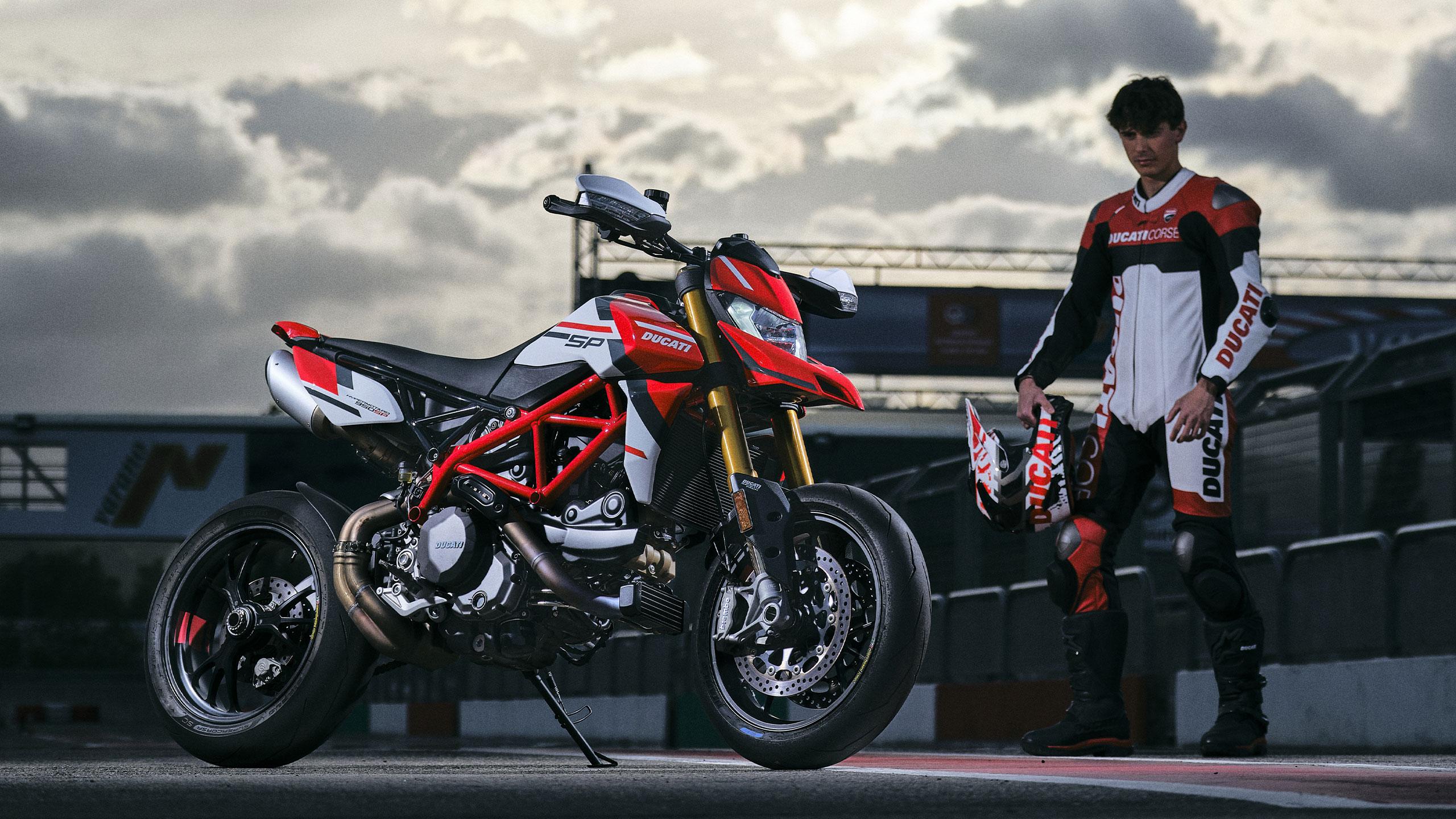 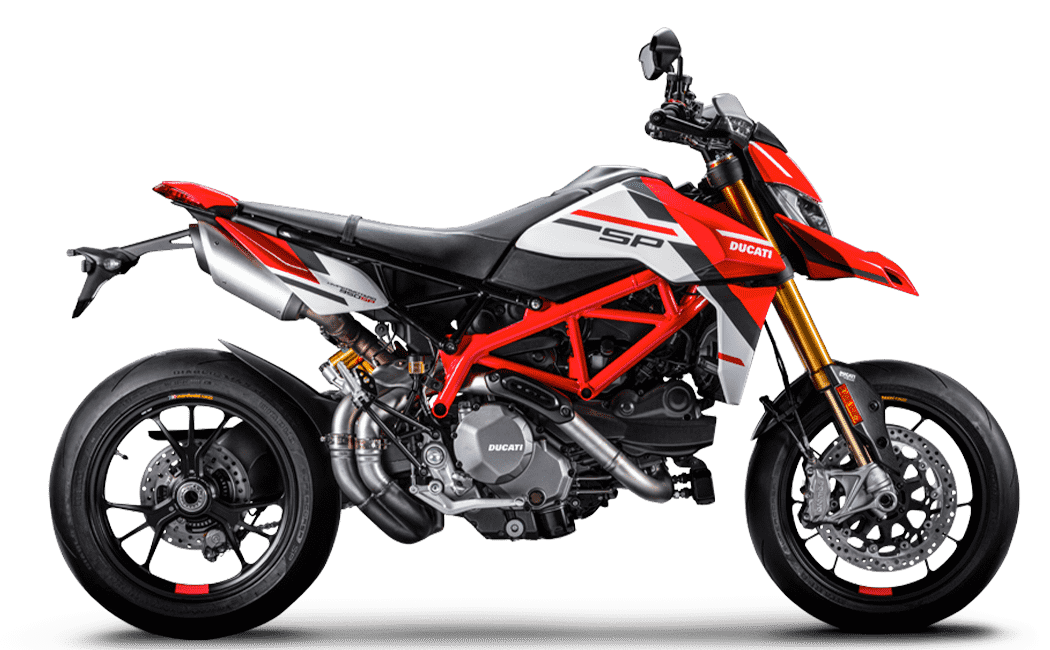 A new colour scheme that evokes the racing world with its colours and that of freestyle sports with its graphics, highlighting the youthful character of the bike.

The ideal choice for those looking to indulge in the pure pleasure of an adrenaline rush while riding their bike, having maximum fun without compromising on safety. The three models - Hypermotard 950, Hypermotard 950 RVE and Hypermotard 950 SP - are perfect for taking cornering to extremes whilst also dealing with city traffic with the utmost agility. 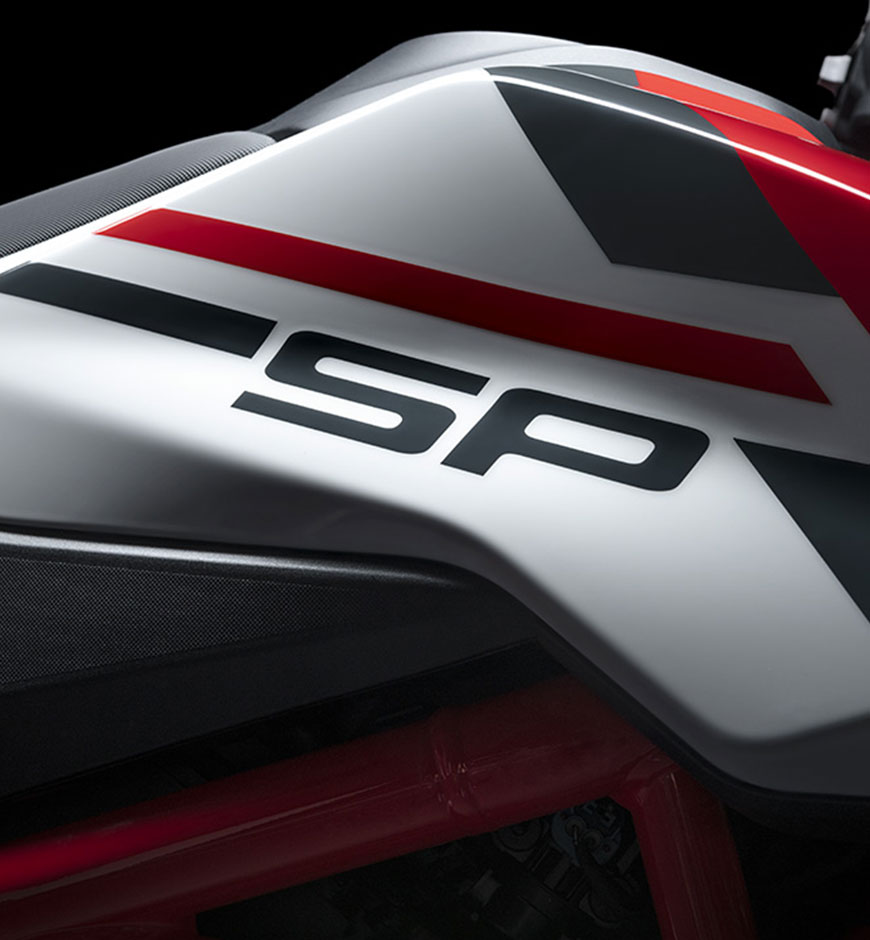 The new SP livery evokes the MotoGP world in its choice of colours and that of “freestyle sports” in its graphics, highlighting the fun-bike character of the bike. 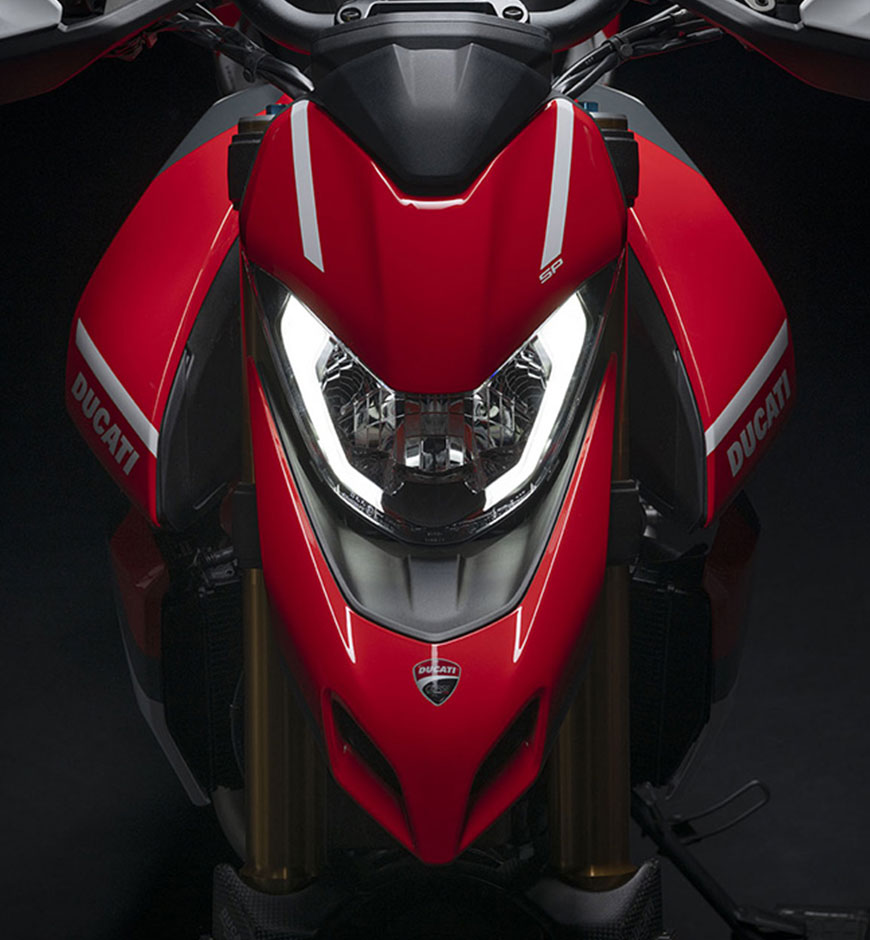 The design of the Hypermotard 950 is inspired by the look of the motard bikes and evolves around the double exhaust under the seat and the reduced superstructures that allow you to get a glimpse of the mechanics, including the rear trellis subframe that conveys an ultra-light and sleek mood to this version. 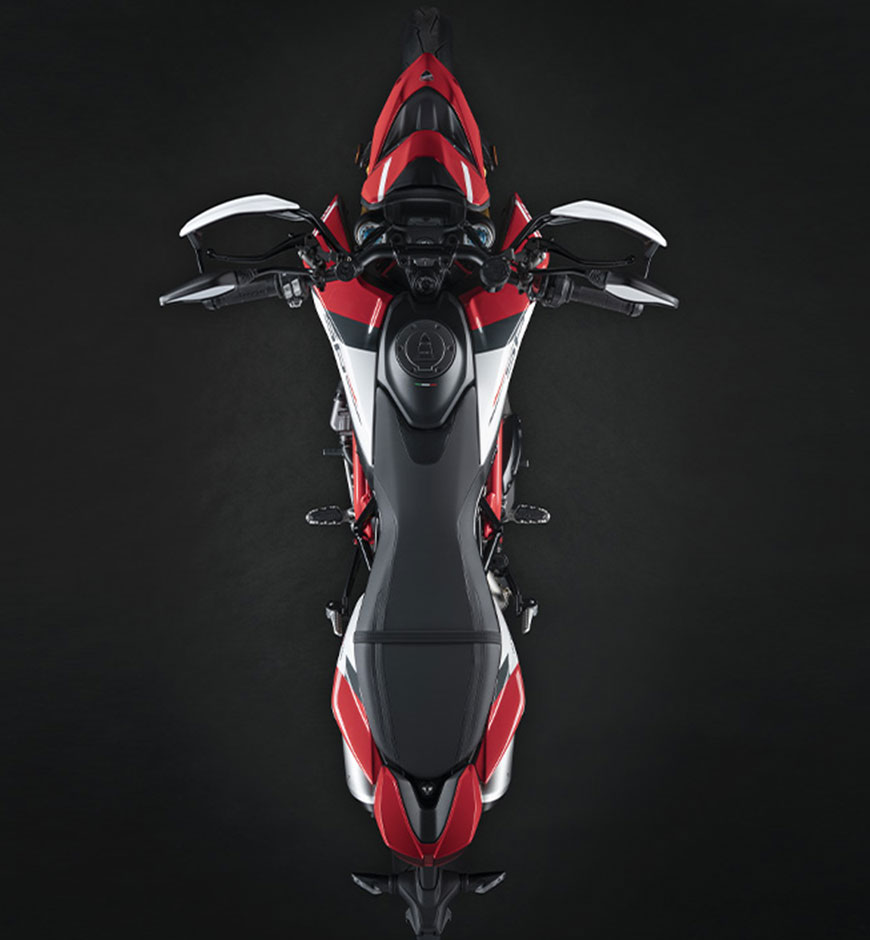 The ergonomics of this motard-inspired bike, ensures the rider maintains an erect riding position with wide elbows, which translates into maximum levels of reaction and control whatever the conditions.
The seat of the RVE and SP versions is flat, in professional motard style, to facilitate shifting forward and backward on the seat while riding. 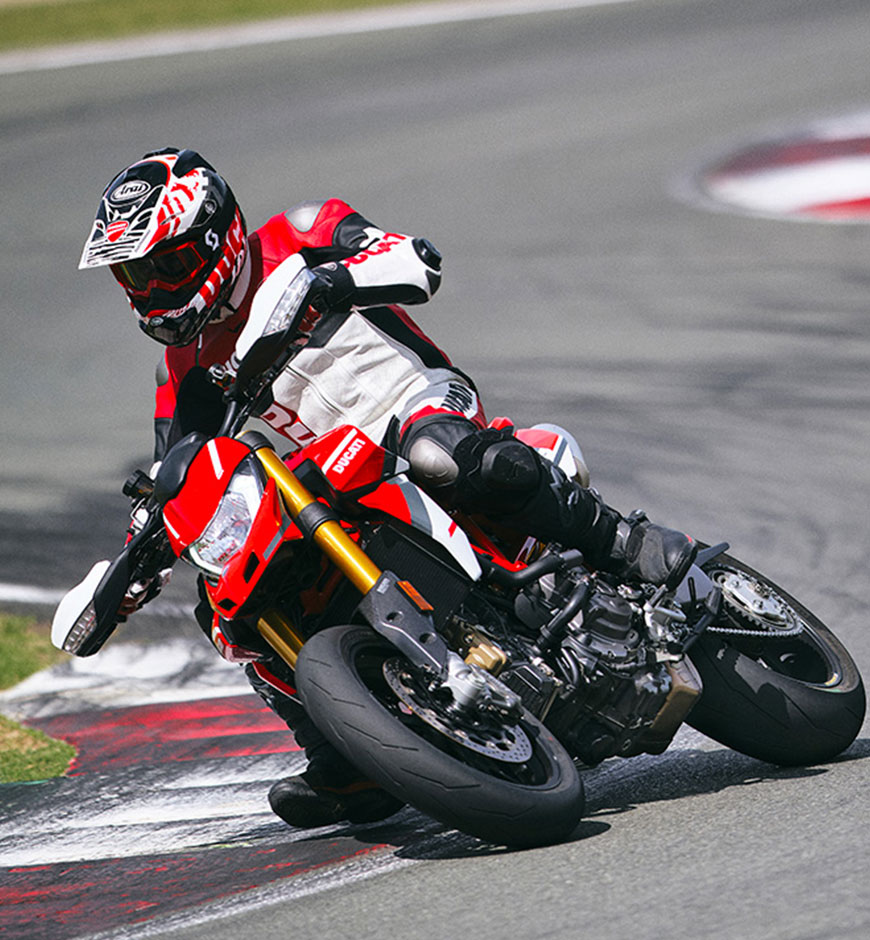 Testastretta 11° according to Euro 5 regulations*

The engine of the Hypermotard 950 family is the Ducati twin-cylinder 937 cm³ Testastretta 11° model, with an output of 114 hp at 9,000 rpm and a flat torque curve peaking at 9.8 kgm at 7,250 rpm. These output and torque values remain unchanged with the transition to Euro 5* type approval. 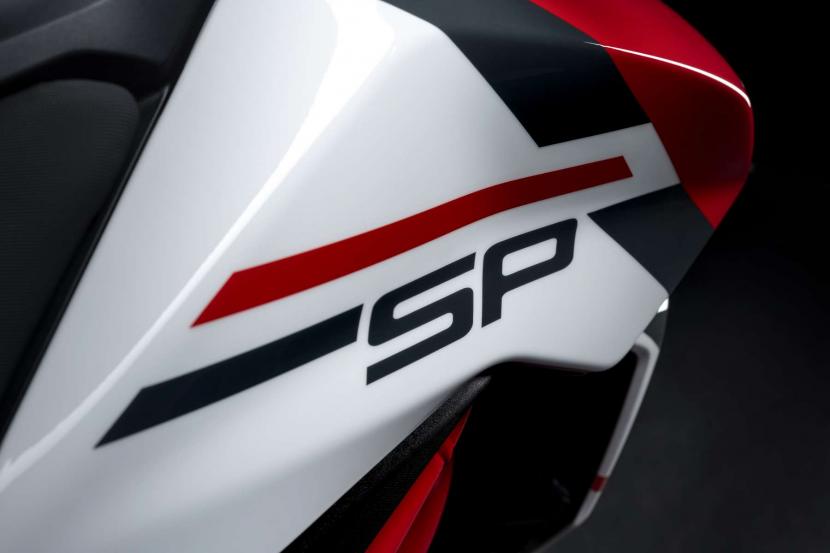 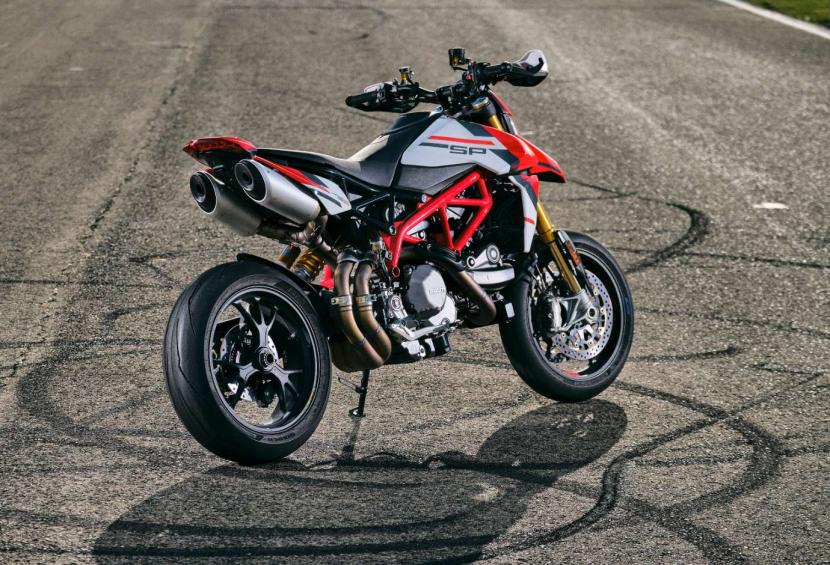 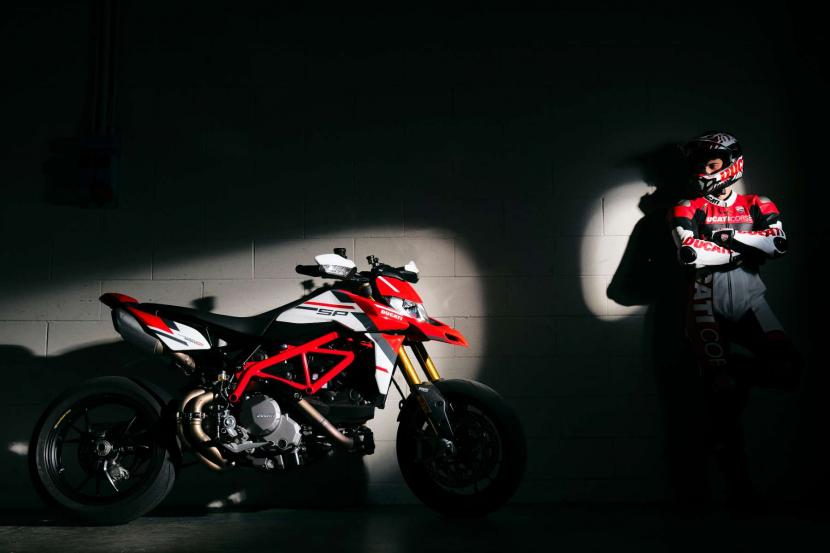 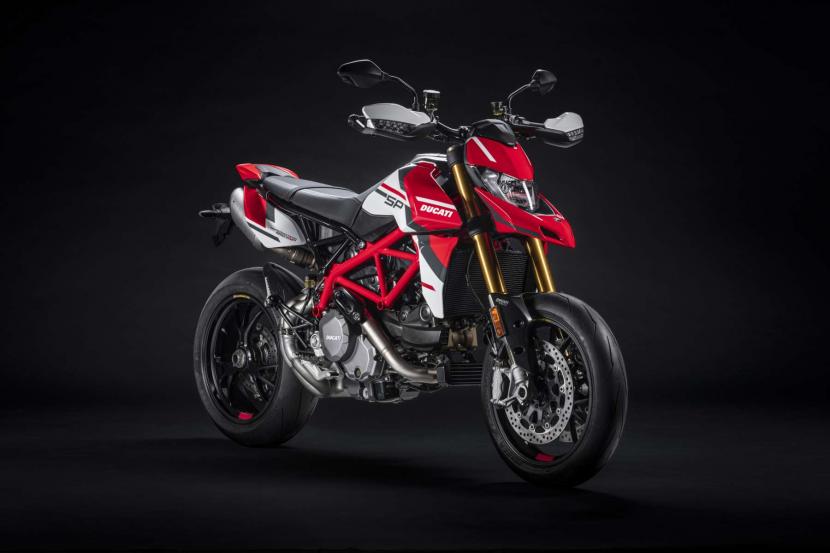 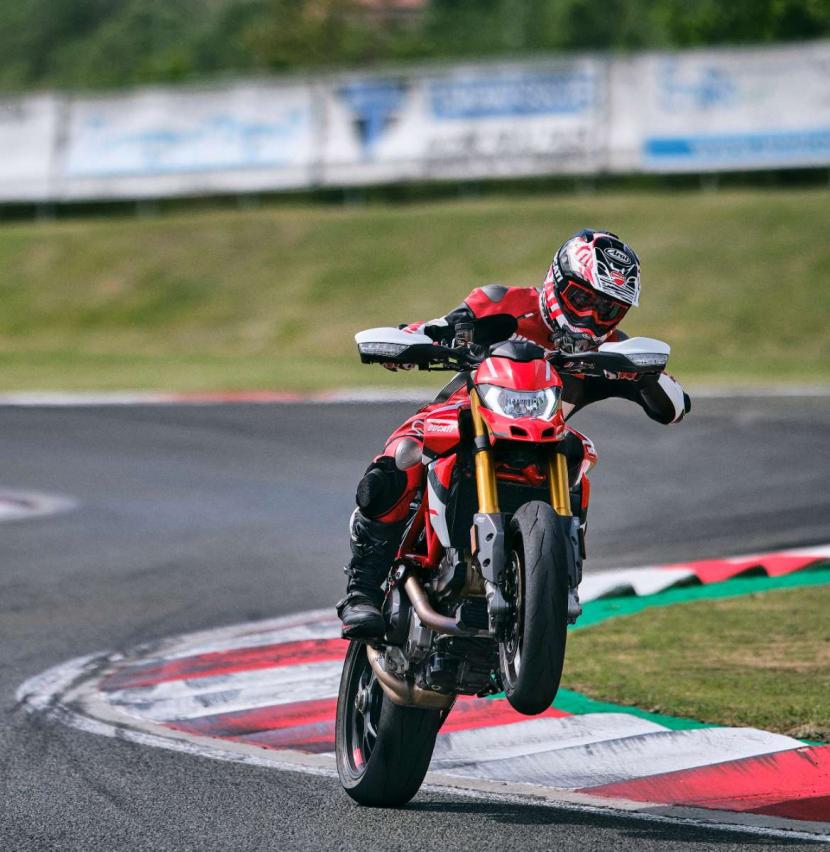 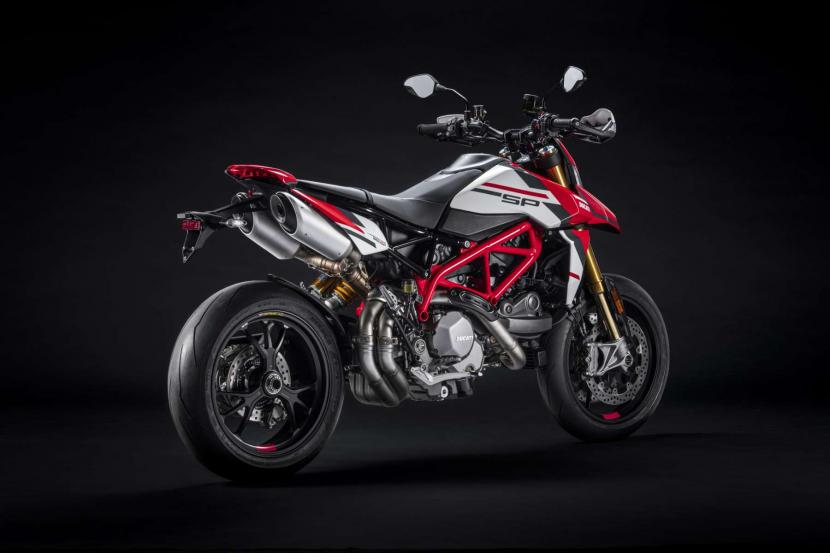 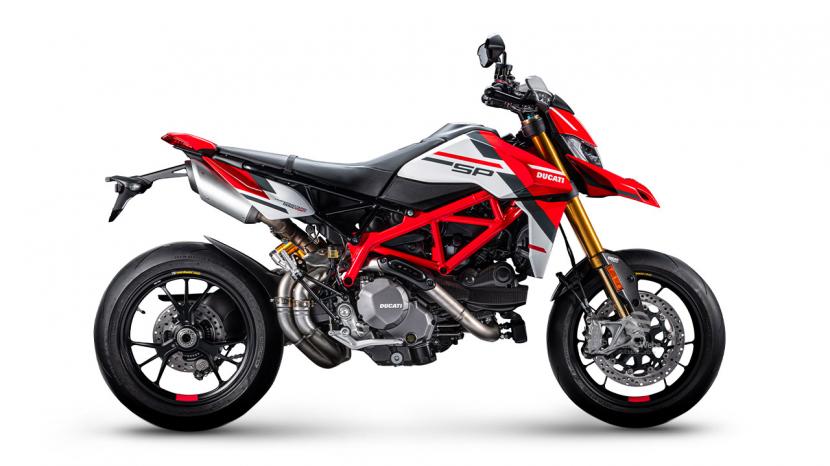 Reserve this Ducati Hypermotard 950sp for £99

In order to reserve this Ducati HYPERMOTARD 950 SP, you can place a fully refundable deposit of £99. Simply click on the the button below to proceed via a secure, one time and fully refundable payment of £99.